A pair of North Korean hacker groups were behind the June theft of $100 million in crypto assets from Horizon Bridge, the Federal Bureau of Investigation said. Lazarus Group and APT38, both associated with North Korea, are responsible for the attack in June, the agency concluded.

Gemini has revealed cutting 10 percent of its staff, citing macroeconomic factors as its primary pain point, in its third round of job cuts in under a year. The crypto exchange had 1000 employees as of November 2022, suggesting around 100 people lost their positions. It had previously laid off 7 percent of its staff in July 2022, after dismissing 10 percent a month earlier.

Cité Gestion, an independent Swiss private bank founded in 2009, is using Taurus technology to tokenize its own shares as the bank delves deeper into blockchain technology. The move will be the first by a private bank to issue shares as ledger-based securities under Swiss law, the company said.

BTC/USD made a minor downwards correction of 0.1%.

The RSI points to an overbought market. 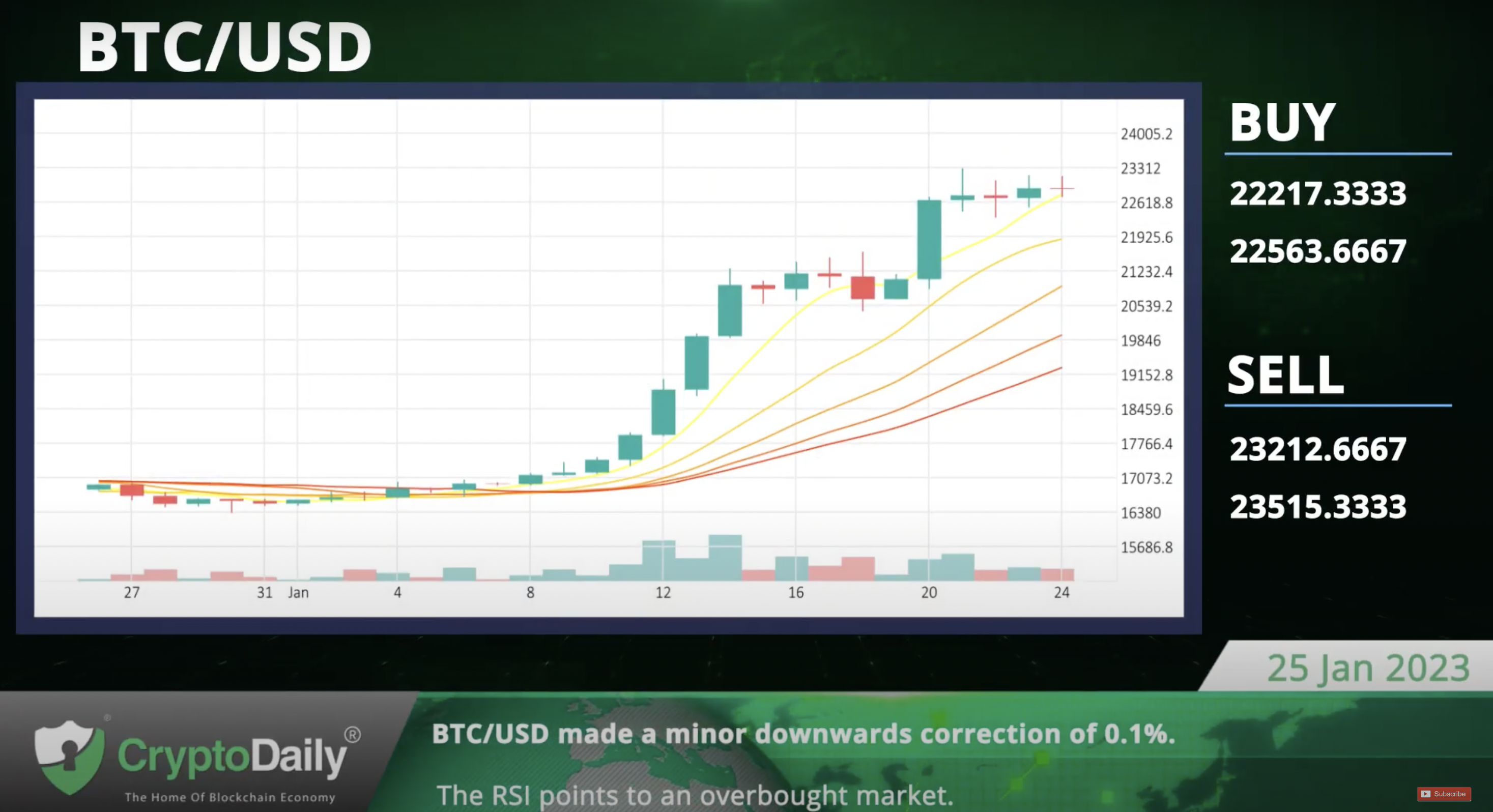 The CCI is currently in the negative zone. 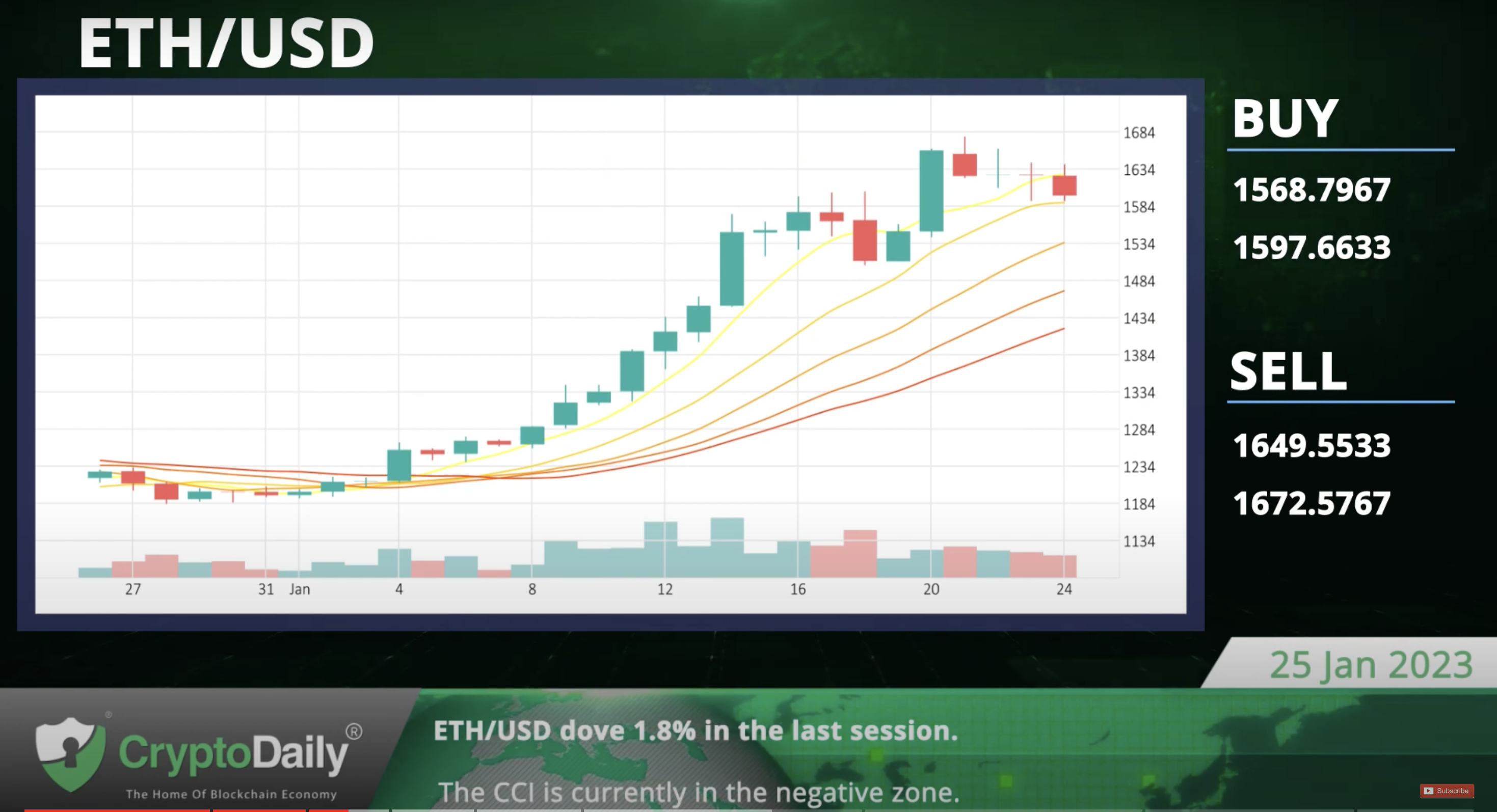 The Ripple-Dollar pair dove 1.5% in the last session. The CCI indicates an overbought market. Support is at 0.3854 and resistance at 0.4518.

The CCI points to an overbought market. 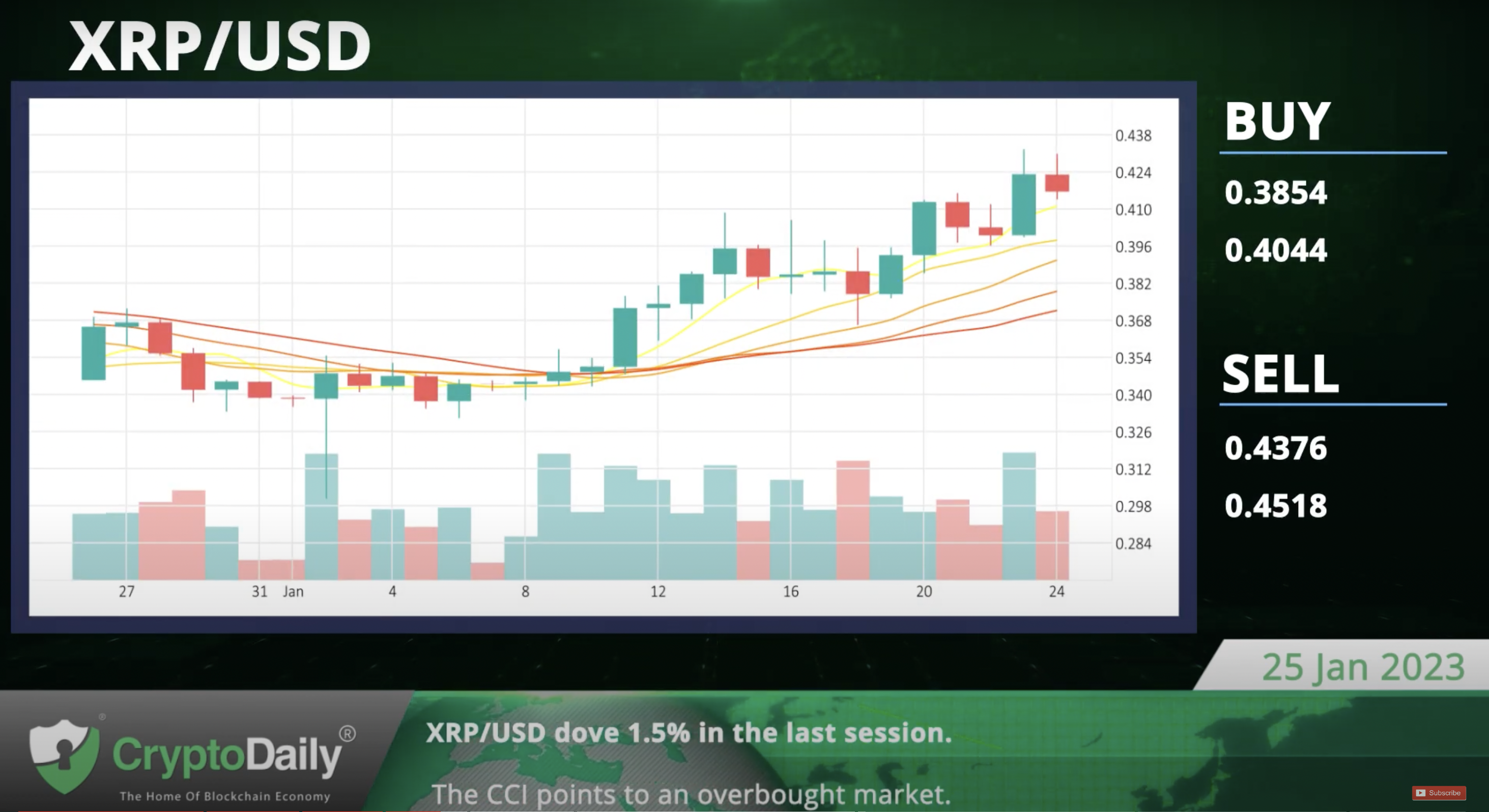 The Litecoin-Dollar pair dropped 2.2% in the last session after rising as much as 1.4% during the session. The MACD is giving a negative signal. Support is at 84.71 and resistance at 95.561.

The MACD is currently in negative territory. 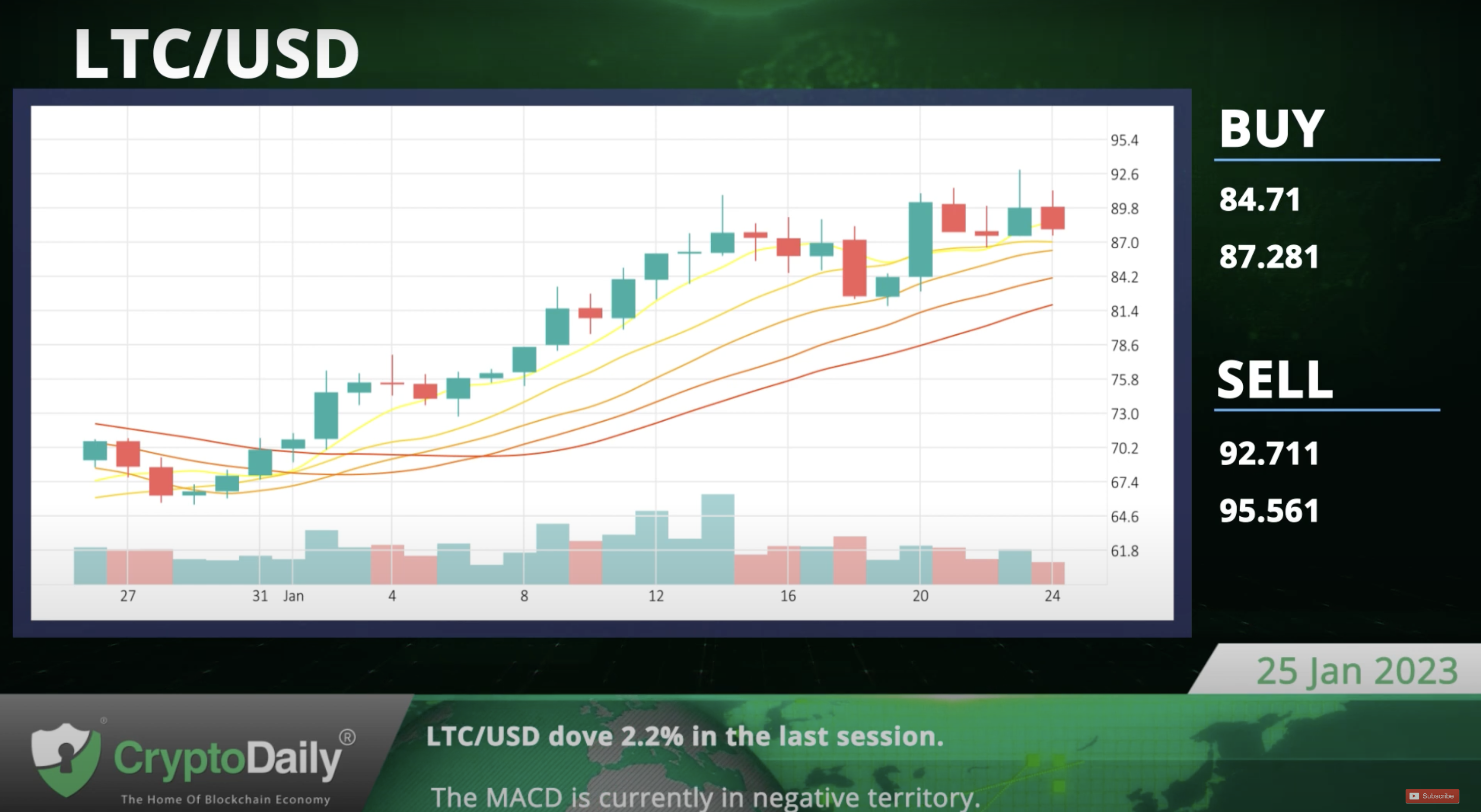 The Coincident Index released by the Cabinet Office is a single summary statistic that tracks the current state of the Japanese economy. Japan's Coincident Index will be released at 05:00 GMT, Germany's IFO – Business Climate at 09:00 GMT, the UK's PPI Core Output at 07:00 GMT.

The IFO Business Climate index is regarded as an early indicator of current conditions and business expectations. The Institute surveys enterprises on their assessment of the economic situation.

The Producer Prices Index (PPI) Core Output is a price index of producer prices and excludes volatile items such as food and energy.

The Producer Price Index measures the average changes in prices in primary markets by producers of commodities in all states of processing.

The Consumer Price Index is a measure of price movements made by comparing the retail prices of a representative shopping basket of goods and services.

Disclaimer: This article is provided for informational purposes only. It is not offered or intended to be used as legal, tax, investment, financial, or other advice.

Crypto firm raises millions for Bitcoin mining: Is the tide turning for CEXs