Using the remote that came with your TV set is passé. If you’ve upgraded to Android TV, it’s so much easier to utilize an Android smartphone or tablet as a working remote. If you were using a physical TV remote up till now, it will take just a few seconds to permanently shift to the Android experience. This guide shows you how.

Tip: Have a brand new Android TV? Here’s some essential apps you can install to supercharge your smart TV.

How to Use Android Phone as Remote with Google TV App

Any Android TV will let you utilize your Android phone or tablet screens to control the big screen experience. While on one hand, it lets you use the Android TV as the output for a Chromecast or sideloading, it also allows the primary input device (your phone or tablet) to serve as a built-in remote.

Currently, the Google TV app (formerly Play TV and Movies) represents the primary method to enable a remote-control configuration on Android. If you’re on Android 10 and beyond, you can readily find Google TV in a list of the core Google apps such as Gmail, Drive, Photos, Chrome, Maps, and Meet. It is important to update your phone to its latest software version.

Good to know: If you’re actively using your Android device throughout the day, it would be recommended that you sanitize and clean your phone at least once per day. Here’s how.

Using Your Android as a Remote

Tip: If for some reason you’re not receiving any signals on your television set, there is a lot you can do from checking the set-top box to the HDMI cable port and other issues on the device.

How to Use Android Phone as Remote for Specific TV Models

Does your Android phone lack support for the latest Android TV versions? In that case, it won’t be able to play Google TV out of the box. The good thing is there are many third-party remote apps on Google Play specifically designed for situations like this.

Some of the TV remote apps that you ought to consider for your specific device are listed as below.

Not all TV remote apps would work equally well for your television model so you will have to go through a bit of trial and error. This is where the universal remotes come in real handy as they can work with a range of models without any issues.

Controlling your Android TV with an Third-Party App

Tip: Looking to upgrade to a smart TV? Here are the best Android TVs you can buy right now.

What is infra-red remote control for Android TV?

Infra-red (IR) remote control is a latest technology that uses a signal called Infra-red ray blasters to control your television. You might have noticed a blue light which displays on the set-top box or other cable connections. Infra-red (IR) apps on your phone or tablet control these devices.

Are there any remote-control apps for non-smart TVs?

Yes, even if you have an older non-smart TV, you can connect it to an Android TV remote app provided your cable provider (or set-top box owner) has configured Google Play access to your monthly television subscription. The Universal remote app, Unimote, by SensusTech works with relatively older TV models and is one of the most downloaded TV remote apps on Google Play.

Why is Google TV remote app not working?

If Google TV remote app fails to work on your television device, it means you don’t have the latest version of the app installed on your input device (phone or tablet.) Make sure that your Android TV is having at least Android Remote Service version 5.0 or higher. Your Android smartphone or tablet should at least have support for Android 10 and above.

Why does my Google TV keep disconnecting from Wi-Fi?

If your Google TV app keeps disconnecting from the Wi-Fi network on your television, you will need to create a successful Wi-Fi pairing between your router and the remote app. If the problem persists, then the issue lies with your television device. We have a series of troubleshooting steps to fix any connectivity problems between an Android TV and the Wi-Fi source.

Image credit: DCStudio via Freepik. All screenshots by Sayak Boral. 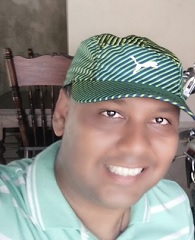 Sayak Boral is a technology writer with over eleven years of experience working in different industries including semiconductors, IoT, enterprise IT, telecommunications OSS/BSS, and network security. He has been writing for MakeTechEasier on a wide range of technical topics including Windows, Android, Internet, Hardware Guides, Browsers, Software Tools, and Product Reviews.

Our latest tutorials delivered straight to your inbox